Is this where you want to be? 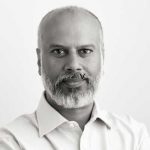 Through the 1970s, fixing the car was a regular weekend preoccupation for many, but fast forward to 2019, and the only people working on their cars at the weekend are classic car enthusiasts. The same cannot be said for bank technologists, many of whom are still tuning up their firm’s technology at the weekend.

This anachronism is caused by outdated processes and technology. A failure to buy or build updated IT has left banks with a significant, ongoing task of maintenance. Outdated systems aren’t just time-consuming, they’re risky, resulting in banks beholden to old programming languages and methods that have a material impact on their business.

Modern cars boast computerised systems that track vehicular performance, more sophisticated, componentised engines that can be better supported through automation than the engines of the 1970s. It’s the same for software – in the 1970s, tech stacks were simpler, but also less powerful and capable. Today, tech stacks are far more complicated because they can do much more, and there is a far greater level of integration going on between systems.

This scene is a wake-up call to firms. Migrating to a modern infrastructure has liberated some businesses from expensive and unnecessary maintenance, however, UBS recently found in a study of 49 major banks that their IT assets have more than doubled since 2010, leaving total intangible IT assets at US$70bn by the end of last year, up from US$32 billion in 2010.

This growing tech stack creates a host of problems. For example, an application developed to cover a range of services for the back office requires dedicated hardware, provided by adding more racks within a datacentre, mirrored in the disaster recovery centre. Once the hardware is working, the system needs to be installed and then customised, a process that takes several months or more. There are also human requirements to consider, as people are necessary to look after the hardware, database and the application. As business or regulation evolves, or even when the application simply needs to be updated, that involves hiring more personnel to perform the upgrade on a contract basis, a project that might take up to three months. The fixed costs of updating an outdated tech stack, and the specialised knowledge required to keep it running, can be very expensive.

Ideally, banks would like to avoid all of those fixed costs, including equipment purchases, data centre space, and the specialists to look after the resources. Profit margins within the financial sector have fallen over the last decade and cost pressures are much greater, while competitive pressure has also increased. The potential for new service providers to disintermediate traditional sell-side firms has increased across capital markets, and certain long-established firms are pulling back from key areas. Agile firms are well-positioned to seize new opportunities that are opening up in both developed and developing markets.

That crucial agility is hindered when a bank’s tech team is stuck under its proverbial engine block conducting maintenance, instead of building its services out to support a new set of customers. For banks to be dynamic, they need to embrace a different model of technology deployment and development.

First and foremost, deployment must be in the cloud. This means more than just moving infrastructure to a different set of machines, it is a case of changing practices so that the organisation can move faster and leverage the development and skills that its third party providers have harnessed. Plus, choosing suppliers with cloud-based services allows banks to benefit from modern development methodologies, such as Agile and DevOps, which support the development of technologies in a way that engages the user to ensure the finished product more closely models the intended purpose.

For compliance-led organisations, allowing system access and relinquishing some control of the code to outside suppliers, can be seen as an unnecessary risk, opening the door to opportunities for fraud or errors. To ensure these risks are mitigated within software development firms, rather than creating a separation of duties, firms should establish levels of authorisation. For example, developers might have read-only access that requires them to request the ability to change a feature. Allowing the suppliers who built the system a way to diagnose and fix problems decreases the time it takes to resolve failures and therefore, frees firms to move past issues quickly.

For banks that are driving down costs and moving into new business lines – notably digital and challenger firms – an agile, cloud-based strategy reaps significant advantage in their cost-income ratios, because it enables their teams to focus on driving the business forward, rather than waiting for their tech stack “engines” to be fixed.