Outpacing: How sell-side firms can match the speed of change in capital markets 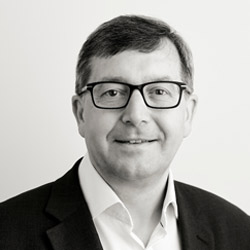 The deployment of low-code/no code technology and standardised application programming interfaces (APIs) enable banks to deliver rapid change within their technology architecture. New configuration tools will prove crucial for areas of the industry where the decision to make change has been repeatedly kicked down the road, to avoid short term operational risk, in the middle and back office. By taking functionally rich tool sets and making them user configurable, tried and tested technology can deliver more value, out-of-the-box.

The option of delaying change is no longer a viable one, due to market structural evolution and competitive threats. For some time, dealers have seen the encroachment of non-bank, non-broker businesses into their space across primary and secondary markets.

A fundamental change in banks’ engagement within this space has been the increased cost of risk taking, which has been pushed up by regulatory limits implemented following the post-global financial crisis (GFC).

Rival electronic liquidity provider (ELP) firms do not carry the same weight of risk on their books and are making markets faster, with lower overheads and using more rapid risk and post-trade processing to minimise exposure to, and maximise the value of, any risk taken.

The growth of these ELPs has been so fast that banks have had little time to respond. The speed of change into a more data-led business that can automate unnecessarily manual processes and make quantified decisions is hard to manage using legacy technology.

On the horizon, the settlement cycle is changing. Firms will need access to trade day data, in real time, so they can understand what they need to do to support next day settlement. Consequently, middle office processing will need to be cleaned up very quickly in order to deliver on this deadline, certainly for North America and Canada. Trade data will need to be reconciled and cleaned in order to make sure the next-day settlement data is to reduce the number of fails.

The historical reluctance to change legacy systems has hinged upon several factors. Firstly, the systems themselves were working as expected, while replacing them increased operational risk and cost.

However, the industry has now reached a tipping point. Banks acknowledge the competitive drive to change and the pressure from market structural headwind is demanding that banks effectively operate middle and back offices in real time.

The use of digital assets is adding to that pressure, as this highly volatile asset class operates on a T+0 settlement model, creating a potentially bumpier and faster ride than seen in the securities or derivatives markets.

There is also growing crossover between digital and traditional market structure. The Singapore Exchange in using distributed ledger technology (DLT) to reduce the current bond issuance settlement from five days, which is the current norm in Singapore, to two days.

Added to the existing competitive and market structural pressures, this evolution of securities themselves makes the likelihood of change an absolute certainty. The question is now whether banks can afford to carry a lack of efficiency forward, based on reduced short-term operational risk, knowing that is building a cumulative long-term operational risk.

How low-code/no code and APIs will help

Change needs to happen within banks, and in their connectivity to third party services providers, clients and counterparties. Data needs to flow in real time across these parts to overcome competitive and regulatory challenges.

To deliver this change with a minimum of operational risk low-code tools, which allow for rapid configuration of existing processes, and no-code systems, that give users a free hand in adapting their own processes, help this to happen by delivering new technologies that can process data in real-time with far less disruption than has historically been possible. By using the low-code/no-code approach with existing, proven technology, users are not starting with a blank slate. That ensures they have services that are tested but as the software can be tailored by users to a certain extent, the effect is to reduce the time taken to deploy a new system, while increasing the functionality of that system.

The use of standardised APIs further helps integration with existing systems by reducing or removing the need to code those links. APIs also better support connectivity with market infrastructure. For example, SWIFT, which has long used its own messaging protocols, now provides API based offerings in order to offer more effective interoperability.

The upshot is that banks can now easily deploy real-time middle and back-office technology, which will bring their operational capabilities up to speed with the competition, and with regulatory demands.